We Are More Than Conquerors Pt 1 – Faith In The Fire

We Are More Than Conquerors Pt 3 – Seeing The Unseen

We Are More Than Conquerors Pt 2 – Facing Your Giants 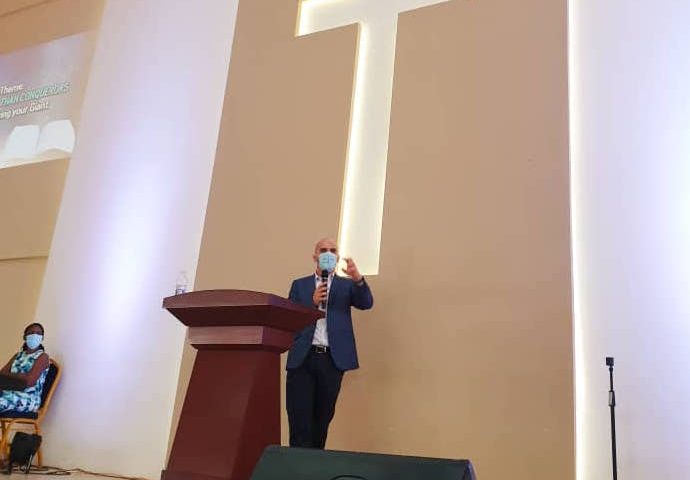 This morning, Pastor Gaby preached the second sermon “Facing Your Giants” in our sermon series “More Than Conquerors”.

We looked at the account of David and Goliath (1 Samuel 17). Every believer has giants before them just like David had Goliath before him. We will always face giants at different times in our lives but our God is able to cause us to have victory over them.

Scripture describes Goliath as huge, tall and heavy with armour. He overwhelmed and intimidated the people. 1 Samuel 17:24 says the people were greatly afraid of him. That’s how the giants in our lives appear before us. The Goliath you face could be sickness, fear, wrong thinking patterns, intimidation, lack of self esteem, and the list goes on.

David overcame Goliath and these 3 points will empower us to gain victory over the Goliaths that stand before us:

1. David knew he belonged to God – David knew who his Father was and he knew Whose he was. Many of us are believers but we don’t know who our Father is. We are not walking in our identity as God’s children. Like David, in 1 Samuel 17:36, we must see our giants as uncircumcised Philistines. We must understand that we belong to God and his power is at work within. In other words, if God is for you, who can be against you(Romans 8:31).

2. He used the right weapons – In 1 Samuel 17:38, Saul put his armour on David but David couldn’t function in them. Sometimes we want to fight the giants in our lives with the weapons that everyone else is using. Let us look to God who knows the right weapons to equip us with for the battle before us.

David overcame Goliath by the power of the name of God (1 Samuel 17:45), and so shall we in Jesus name!